The budget 2021-2022 started with the vision of AtmaNirbhar Bharath. It was presented by the Union Minister of Finance and Corporate Affairs Smt. Nirmala Sitharaman. This budget was unique and first of its kind as it was a paperless budget using a tablet which was Made in India. The FY21 deficit is at 9.5% which shows govt expenditure has increased. Let us now have a look at it in detail:

1. Health and wellbeing: The govt have followed a holistic approach in the field of health, and has focused on strengthening 3 areas: Preventive, Curative and Wellbeing. 64,180 Crores has been allocated under PM sponsored scheme AtmaNirbhar Swasth Bharat Yojana, which helps to develop capacities of primary, secondary, and tertiary care Health Systems, to cater to detection and cure of new and emerging diseases. To strengthen nutritional content, delivery, outreach, and outcome, the Govt has planned to merge the Supplementary Nutrition Programme and the Poshan Abhiyan and launch the Mission Poshan 2.0.

Swachch Bharat, Swasth Bharat: The Urban Swachh Bharat Mission 2.0 will be implemented with a total financial allocation of `1,41,678 crores over a period of 5 years from 2021-2026.

2. Physical and Financial Capital and Infrastructure: Textiles industry has received a maximum support from the Budget where facilities to enable create global champions in exports is being worked upon. 7 Textile Parks will be established over 3 years under the scheme of Mega Investment Textiles Parks (MITRA).

Infrastructure: It is said that Railways will monetize Dedicated Freight Corridor assets for operations and maintenance, after commissioning. Special Coaches will be made available for tourist places to maximize their experience.

Metro: Cities like Kochi, Chennai and Bengaluru have been separate budget to improve their Metro facilities.

Increasing FDI in Insurance Sector:The permissible FDI limit has been increased from 49% to 74% in Insurance Companies where the Directors on the Board and key management persons would be resident Indians with at least 50% of Directors being Independent Directors. 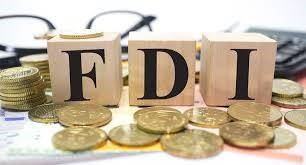 Small companies: The small company’s classification has been upgraded from 50 Lakh to 2Crores.

Disinvestment and Strategic Sale:Under this plan, in 2021-22 the Gov has decided to bring the IPO of LIC

3. Inclusive Development for Aspirational India:The MSP regime has undergone change to assure price that is at least 1.5 times the cost of production across all commodities. Crops like Rice, Paddy, Fisheries are amongst the one’s which are being profited. A plan for having Seaweed Farming facility in TN is being thought off.

Migrant Workers and Labourers: One Nation One Ration Card scheme through which beneficiaries can claim their rations anywhere in the country. Migrant workers in particular benefit from this scheme

4. Reinvigorating Human Capital:The National Education Policy (NEP) announced recently has had good reception and the Govt has planned on having 100 new Sainik Schools.

Higher Education:Govt has planned of setting-up of Higher Education Commission of India. It will be an umbrella body having 4 separate vehicles for standard-setting, accreditation, regulation, and funding. There is also a plan proposed to have a Central university set up in Leh to make higher Education.

Skilling: 3000 Crores is provided under National Apprenticeship Promotion Scheme, and there is also an initiative to partnership with the UAE for benchmark skill qualifications, assessment, and certification, and with Japan for collaborative Training Inter Training Programme.

5. Innovation and R&D: National Language Translation Mission (NTLM), The New Space India Limited (NSIL), a PSU under the Department of Space will execute the PSLV-CS51 launch, carrying the Amazonia Satellite from Brazil, along with a few smaller Indian satellites.

6. Minimum Government, Maximum Governance: The forthcoming Census could be the first digital census in the history of India. And the Govt has allocated 3,768 crores in the year 2021-22. 300 crores is granted for Goa as it is celebrating the diamond jubilee year of the state’s liberation from Portuguese rule. And the Govt has planned to provide 1,000 crores for the welfare of Tea workers especially women and their children in Assam and West Bengal. 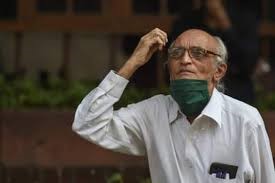 Relief to Senior Citizens: This is a major decision where citizens 75 years of age and above who only have pension and interest income, the Govt has proposed exemption from filing their income tax returns

And including the above, there are some other things which the govt has planned Relief for Dividend ease the life of common person, which includes:

GST: This being the 4th year of GST, the govt has said that the GST collection has been seen in the increasing trend and is now using AI to identify tax evaders and fake billers. Thus, we can conclude saying that this year’s budget has reached almost all parts of Society, yet the Middle class is being unhappy, as they feel that they are being left out as there is nothing much to them. We can only hope that all the proposed plans shall be put into effect and the people of India would be benefitted through it in this tough times.
Shreyas S
I MBA