Chatbots- likewise called “informal brokers” represent law coatings that pretend published or uttered cause language for those intentions of imitating the language or action with the serious person.

There are two primary ways chatbots are offered to callers via web – grounded operations or standalone apps.

“It is never too late and you are never too old” but in case of adapting Conversational Chatbots in your business operations it’s already late.

What is a Conversational Chatbot?

Conversational Chatbots are an advanced way of communication between business and customers.

A business can reduce their time by designing pre-programed software’s which can be uploaded on their website to answer customer queries to a certain extent.

One major application in India, which is been of great help during the pandemic is Aarogya Setu by The Government of India it has several features and if you have used it, you would have come across a feature called Self-Assessment test and that is an example for conversational Chatbot.

How this self-assessment test works is, the user can do a virtual assessment of his health through some of the basic questions asked by the chatbot regarding the symptoms of covid-19 and the users get a decent report if the response given is true to the best of his/her knowledge. 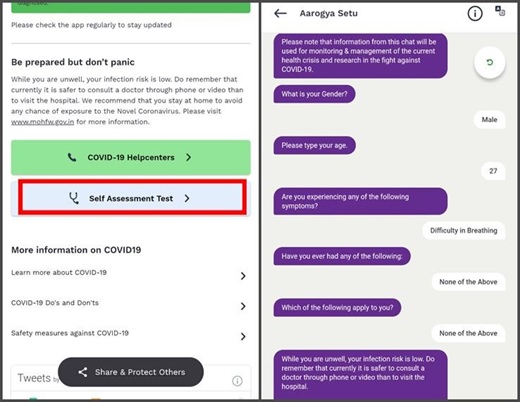 This is just one example but daily most of the application have chatbots to interact with customers and keep them occupied on their websites in simple terms it is a virtual embodiment of a salesperson in showrooms who lurks behind you.

The core purpose of chatbots is to replace certain basic operations performed by humans and to ensure that customers are in touch with the website.They can further be categorized based on their purpose, usage and how they are better from the traditional methods for engaging the customers.

Utility Provider: Chatbots are faster in this content than approaching the app functions directly. However, they cannot compete with the voice assistant here but that’s not the topic for today.

Information Provider: From the source cited, the retention of information from the chatbot compares similar to that of the information on the application. The accessibility increases however.

Customer Service/Issue Resolver: This is where chatbots have shone. They result in faster resolution when you specify the steps clearly and they also bring better customer satisfaction score. If this is your sole purpose, chatbots seem like the best option in the market. 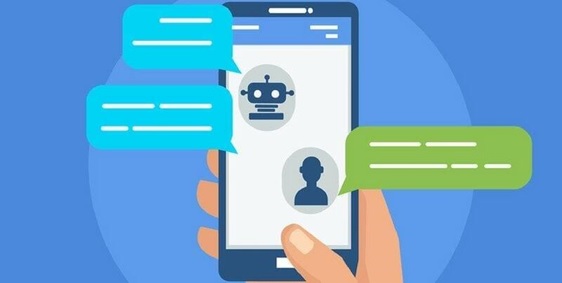 We have not mentioned commerce in the list above because selling products remain tough for chatbots conversion rate is less than 1% despite making the process faster and easier.

However, customer engagement with humans while buying a product increases the trust and satisfaction this could be the region where chatbots are failing in terms of sales. We now have seen various fields where Conversational Chatbots are adapted, along with this, we should understand that if chatbots would work for business it still depends on several factors, such as the purpose, quality and users.

Google has been far more conservative in its approach to chatbots. Google Allo, a smart moment messaging software, was first released in late 2016. Google Assistant, which evolved from Google Now, is integrated into Allo. People can use Allo to talk directly with Google Assistant to get answers to introductory questions. Google Assistant can recommend cafes or pictures to watch while in the middle of a discussion on Allo.

Facebook is the leading player in messaging services, thanks to its Messenger platform and its power of WhatsApp, which is why it has invested so significantly in communication bots. Facebook is trying to make it simple for businesses to reach guests through its messaging services using bot technology. People may, for illustration, order an Uber directly from Messenger rather than utilizing multiple apps. Messenger users are of almost 1.2 billion individualities on Facebook and over bots are active on a yearly base.

The Bot is The Future!

The competition is aggressive as we know every company wants to do better than the other. Customer engagement and dealing with their queries are the most important factors when it comes to the success of any company or brand. Businesses can use Chatbots to effectively engage with customers, provided that we know what we want the chatbots to do.

The generation of customers has changed and so have the medium of communication. Well, over the past few years messaging and chat applications such as WhatsApp, Messengers are widely used and in India alone, we have close to 53 Crore active WhatsApp users, chat are the new email.

This basis statistics show us how much individuals are getting used to the mode of chatting the same is possibly the boon to conversational chatbots on the websites, even though it requires few improvisations it is capable of keeping the audience occupied. Chatbots make communication between customers and business easier.

Conversational Chatbots are capable of handling tons of queries at the same time, if we were to have humans to be doing this then companies require huge manpower this will help businesses to save a lot of time and resources at the same time even the customers are happy because of the quick response that they receive through chatbots.

I simply mean that artificial intelligence is not a replacement from human intelligence but just an extension.