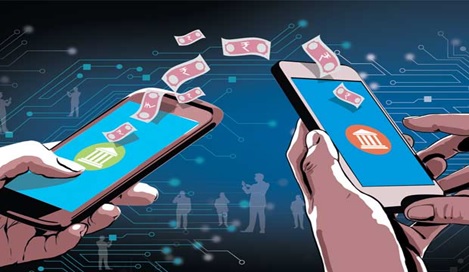 One of the notable inventions of mankind is the concept of money. It is generally accepted means to exchange goods and services. From barter to coins, coins to paper currency and now from paper to paperless! What an incredible evolution of money!

Gone are the days, when people carried money in the form of metal coins and paper currencies. But now people have gone ahead to use credit cards and debit cards to make purchases, withdrawals, fund transfer, payments and so on.

The transition from paper currency to digital currency actually began sometimes in early 2000’s when the internet was just beginning to grow and dot-com bubble was just starting to usher. Over the few years then, the concept of digital currencies began to gain importance.

It is proven that digital currency has the full potential to transform the financial sector by facilitating easy movement of money. During this phase, banks and financial institutions extended different services such as phone banking, internet banking, credit card and so on. This indeed built a robust integration between the rural and urban users of banking services across the globe. But this transition has also brought in massive disruption in the financial system and therefore I wish to discuss on – rethinking the concept of money!

What caused rethinking concept of money?

Some of the recent advancements such as blockchain, smart payments and crypto has raised a thought – are we ahead for cashless economy? Cashless economy is a state where there is absence of movement of physical currencies and it is backed up by technology. The idea of cashless economy has given benefits to all the stakeholders such as firms, consumers and government.

Governments spending on minting and printing of coins and paper currency is higher. Banks who play pivotal role in circulating cash also faces so much in terms of time and other resources. Banks or any financial institutions are expected to set up ATM centres or Cash Points which again require expenses. The cost-benefit analysis will also reveal that the contribution is not too significant.

The major workforce that lies in informal sector, depended heavily on cash as a mode for all payments and receipts. So, it was really a challenge for the government to bring this informal workforce to adopt digital payment. Incentivising such workforce was thought to be the immediate solution for the Finance Minister and therefore Government has always been so keen to prioritise cashless economy. This can be seen by statement of Finance Minister on levying 2% TDS on cash withdrawals that exceed Rs.1 crore in a year from the bank account, low-cost digital payments to businesses with turnover of Rs. 50 crores, etc.

Especially, the emergence of fintech companies have reshaped the payment framework in the economy. Some of the important steps taken by the government to reduce circulation of black money, demonetization, detecting off shore properties and contactless payment due to covid has increased the necessity of making cashless economy – as the only alternative.

By referring government statistics, it is quite clear that we are heading for a cashless economy. Though if offers several benefits to all stakeholders of the society, the challenges are still present in its regulation and eco-system.