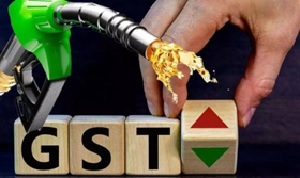 On the date of 17th July 2017, the government of India announced the new tax regime under goods and service tax. The tax system in India is broadly classified into two categories that is direct and indirect tax. In direct tax burden of tax is imposed directly on the individual and in indirect tax the burden of tax is transferred till the end level and mostly beared by the end consumer. The core agenda in enforcing the goods and services tax in India is to remove various other taxes and levy a common tax in the name of GST by subsuming all the other taxes within it. various slabs in the GST are 5%, 12%, 18% and 28% which will be divided into CGST in which tax is imposed and controlled by the central government, SGST in which tax is imposed and controlled by state government, IGST it is a tax of integrated goods and services, UTGST in which tax is imposed by the union territory .the main objective of this imposition in India is to bring the uniformity of the taxation system India and it is easy to follow the tax regime.

As per 19th march 2022 the price of petrol is 100.58 INR. The key thing to remember in this point that the base price of the petrol will fluctuating between 35 INR to 45 INR and dealers commission are of around 3 INR to 4 INR approximately and the remaining entire part is of tax. Well, currently the tax on petroleum is of 57.08 approximately. If you assume that  GST was imposed on petroleum products at 28% which is highest GST slab rate, the tax will be around 15 INR  to 18 INR approximately. Finally it can be concluded that if GST is added to petroleum products it is major revenue loss to the government although it is a big relief to the people. So we have to wait and see how government will handle it.